What are these "COXINHAS" I'm hearing about?

Have you ever heard about, or perhaps even gotten a chance to experience, a coxinha?

Coxinha — the literal translation is “little drumstick”, but it's actually a fritter molded into a shape resembling a chicken leg. If you haven’t tried, now is your chance… Snack Mania was recently rated one of the best coxinha recipe in the U.S., a real star among Brazilian salgados or appetizers: Coxinha de Frango or Brazilian Chicken Fritters!

Coxinhas (pronounced like koh-SHEEN-yaz), originated in São Paulo - Brazil about 2 centuries ago, became one of the most popular appetizers in the country. It consists of dough, originally made with wheat flour and broth, which is filled with well seasoned filling, shaped into a tear drop, and then deep-fried. Originally, coxinhas were only made with seasoned chicken, but here at Snack Mania, we decided to take it to the next level and create multiple flavors of those delicious fritters, we offer OG Chicken, Buffalo Chicken, Beef, Cheese, Broccoli Cheddar, Ham&Cheese, Kibbeh (Beef croquettes) and also Codfish.

Although they're very common in snack bars, bakeries, and cafés, Coxinhas are considered "street food", we upgraded that category, at Snack Mania we call them "gourmet snacks". They are perfect little bites to be served at birthday parties and many other events as an appetizer. I have been a fan for as long as I can remember, just like everyone else who has taken a bite. They are extremely remarkable! 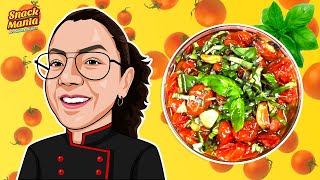